How to create positive transitions in a turbulent environment?

Acquisitions are a necessary part of corporate life –but they can be bruising affairs for the people at the heart of an organisation.Our client, a large technology provider, was in the process of being bought by another company –and the resulting restructure meant that fully half of the UK business was due to be made redundant. As the VP HR & Acquisitions explains, this was hugely disruptive to the business and to the people who worked there.

“Many of our people have been with us for years, or even decades.The prospect of having to suddenly find new work was enormously worrying and stressful for them –and that made our role of keeping the business functioning, and keeping people calm and productive, very challenging.”

During the process, the HR team were determined that they would give everyone involved the best chance possible at a positive transition away from the company. That decision led them to revisit their outplacement provision.The organisation had an outplacement provider who they had used in the past.

“In different countries in the business, we’d seen people take cash compensation instead of outplacement as part of their redundancy package,” explains the VP. “At the time they felt they’d had a great deal, but we know now that many of them were struggling to find a new role. In the UK a cash alternative was never an option but it made us think about what else we could do.

”Connor was already known for providing great learning and development work with the client –so the decision was made for Connor to offer its outplacement services alongside the incumbent supplier.

“The acquisition and resulting redundancies were very hard for people to accept. Giving them this choice helped them to own something of their own departure.”

The client was keen to make sure that there was absolute parity between the offerings in terms of cost and presentation. To that end, Connor and the incumbent were invited to present to not only the employee reps, but to all the employees affected by the redundancy.

Connor decided that the best way for people to understand the benefits of their outplacement service was for those people to meet some of the consultants they could work with, face to face. With that in mind, a total of five Connor representatives attended the presentation–both key members of the operating team and consultants who would actually provide the outplacement support.

Connor also made sure that the offer matched the needs for the people leaving the company. That included support for as long as it was needed; careful chemistry matching to ensure people worked with the best consultant for them; and 90 days’ onboarding support to help each individual thrive in whatever new role they chose.

The VP observed, “Connor took the opportunity incredibly seriously. That was reflected in the fact that people were totally absorbed by Connor’s presentation. You talked to people about things they wanted to know, rather than just the things that you had to tell them.”

As a result of the presentation, a staggering 98% of employees chose to work with Connor for their outplacement. Feedback from those candidates has been exceedingly positive, and most excitingly the support has enabled people to pursue some really fulfilling ambitions. “I’ve seen some employees use this as an opportunity to go into teaching –including a very senior financial leader who is now working in a junior school,” observes the VP. “We’ve even had someone start their own business as a florist. The quality of Connor’s consultants has made it possible for our leavers to consider career paths and opportunities that they may never have otherwise been able to pursue.”

“I didn’t think I needed any help. How wrong I was – and how glad I am that I worked with Connor.”
Outplacement candidate, Global software company 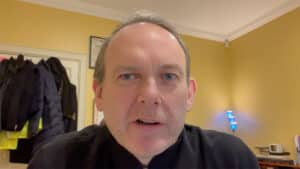 “I knew that finding a new role at a senior level would take a considerable amount of time; Connor’s proposition, and their unlimited support, really 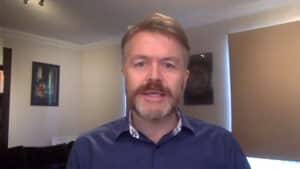 “I would fully recommend this process to anyone who is going through a career transition.” 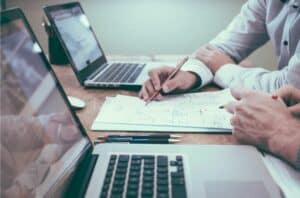 Will Hall RCI EME Vice President – Commercial Context for coaching Will was taking a step up from leading a business function, to a much